I’ve been wanting to start a series on my thoughts on people for a long time, but I’ve never really known where to start.  I still don’t know what the right answer is, but in the meantime I have a list growing larger daily of people I want to say something about.  These are somewhat in no particular order; I’ve tried to give a good mix of people for each of the posts.

When I think about the history of America’s unease with its gay citizens, Charles Nelson Reilly seems the perfect example of what has been a reluctant acceptance.  It seems somehow perfect that his adolescence would be kicked off by the Hartford Circus Fire.  That tragedy is such a juxtaposition of extremes, artificial gaiety and organic horror.  For myself, I try to just stay as close to the center of those two.

Charles Nelson Reilly was an accomplished actor in movies and television, but I think it was on The Match Game where he really excelled.  He was able to let his guard down as much as the network would allow, and it was really no secret when he finally did come out as gay.  He was really as out as was conceivable at the time.  It took actors like him and his peers to open the door just a little more than the generation before them had.  The time in which is was simply not okay to be a gay person in America is so recent, and I hope young LGBT folks are able to recognize how much of what they have is thanks to people like Charles Nelson Reilly and actors of his day.  It’s easy to forget when on television and in movies today it is such a non-issue.  But it’s important to remember.

On the one had, the story of Gladys Bentley is tragic.  She had realized that she was “different” as a child, and after many years of not being accepted by her family or society, she was “cured” by a doctor.  She made her living as a singer and male impersonator, and it seemed natural for her.  While I have read in many descriptions and articles about Gladys Bentley that she was an “out and proud” lesbian before it was acceptable, that simply is not the case.  She was deeply ashamed of herself.

That said, Gladys Bentley now enjoys a fantastic legacy as an amazing jazz singer and an LGBT icon.

Read the article “I Am A Woman Again” from Ebony Magazine. 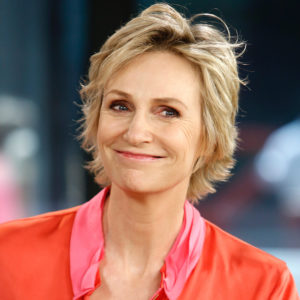 I didn’t watch the 2018 Winter Olympics.  I should have, and have in the past, but I didn’t do it.  For me, I don’t know Rippon from Adam, if you will.  But success in life is not about the medals and championships you win, and he has won quite a few, but it is about what you do with your the opportunities you are given.  In that department Adam Rippon is impressive at the moment.  Seize those moments and make those coins!  I’m glad he was not cowed into silence by some mistaken belief that the vice president is above reproach.  The office deserves respect, and that is why it was important to speak out about the person who currently holds it.  Fame can be cruel, and I wish Adam only success and happiness.  I hope we see a lot of good things from him in the future, whatever those things are.

Half a Dozen Drag Artists

To finish up many of these posts, I’m going to include 6 drag artists you should check out.