Thoughts On Humans #40 : Step Aside For the Men (and the Lady)

July 27, 2004 was my last day of work before I went on vacation to Texas to see my friends.  It wasn’t a terribly busy day at work, but it was new release day.  I was working in the music department at Barnes & Noble, and Tuesdays were the typical release date for most albums and it was always a day of resetting and displaying the newest items.  Early in the day, a woman came in looking for Scissor Sisters.  I had never heard of them, but they had a CD released that day.  We had received two copies.  She was very excited about it and told me I should check them out.  It was a common recommendation from folks coming in to buy albums by their favorite artists.  I rarely paid any attention to it.  But this day was different.  I was driving to Austin that evening, and really wanted something new to listen to on the way.  I had already picked out another album, k.d. lang’s Hymns of the 49th Parallel, but I wanted something new.  So, I picked up Scissor Sisters debut album blindly on the customer’s recommendation.

The drive from Tulsa to Austin isn’t very direct and goes through some very slow towns.  I had been driving on US Route 75 for a while when I decided to give my new music a try.  I popped it in, not knowing what to expect.  “Laura” was fun and quirky… okay, okay… I could get into this.  And then “Take Your Mama” played.  Something struck me about that song in ways that most songs don’t.  They were singing about my people.  I had listened to LGBT artists before, which I now understood this band to be, but rarely did their songs speak to my experience or people I recognized.  Not only was this album about people I understood, the music was so incredibly good.  By the fourth track, “Mary,” I was starting to cry.

I pulled over in Henryetta, playing the stop off as a stop for gas.  After getting gas, I called my friend Lori and told her about this band and how moved I was by them already.  I felt silly, and it was silly.  Life hadn’t felt terribly fair at that point.  My friend John had died in May, and since I worked with him I was constantly aware that he was no longer there.  It consumed me.  I find my journeys through grief harder than they seem to be for others, at least based on the stories of other experiences.  That point in my life felt like a series of losses.  I had lost a grandma and a great grandma at the end of 2000, my other grandma in early 2002, and then my last living great grandma in June 2002.  It had felt piled up and needed a lot of time for me to deal with, but before I had really fully dealt with it John died.  For more than a year, during which time another friend passed away, I was extremely sensitive and didn’t know how to manage my feelings.  So, there I was in Henryetta, Oklahoma calling a friend and crying because this band really understood gay people.  I wasn’t ashamed then, and I am certainly not now.

I listened to the rest of the album when I got back on the road.  It was such an amazing piece of art and I was in absolute awe.  Even my least favorite tracks on the disc were songs I really enjoyed.  This album changed the way I thought about music, and came to me in the exact moment I needed it.  I’m so glad I was able to experience that album, as well as subsequent Scissor Sisters releases.  They have all been wonderful. 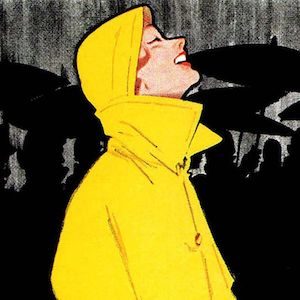