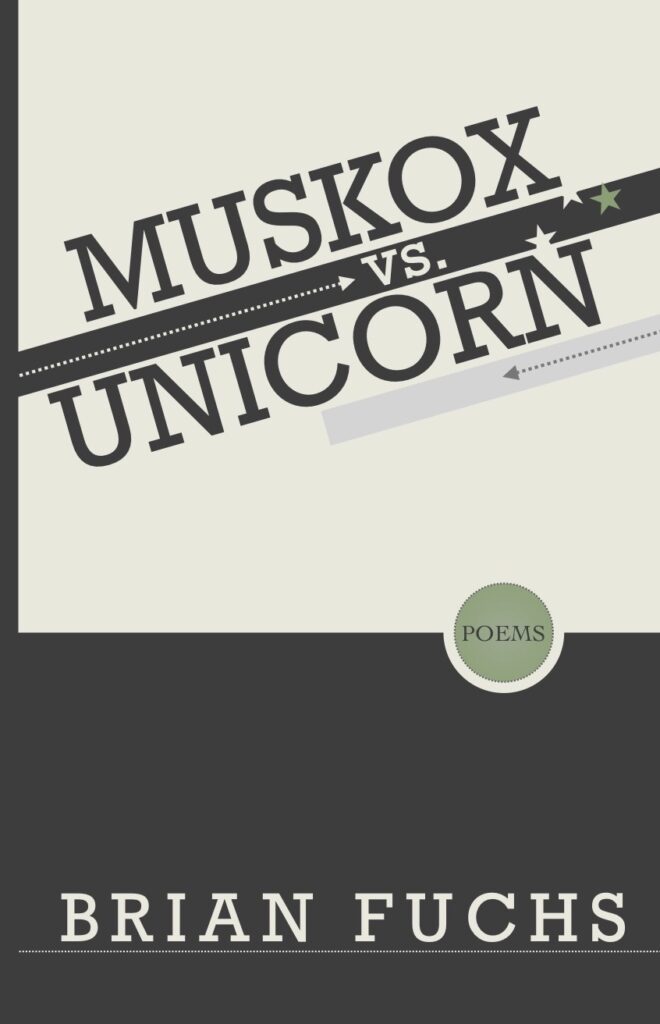 pp. 11-17 “Here They Lie, A Partial Portrait of War” (22 July 1999) — after Gertrude Stein’s “If I Told Him, A Completed Portrait of Picasso.” I wrote this about visiting The Normandy American Cemetery and Memorial in Colleville-sur-Mer, Normandy, France on 8 June 1996. I included this poem in this collection for several reasons. Anchorage is a military town, and so I’ve mentally linked service to Alaska. Also, it makes me think about Doyle Fuchs, my grandpa, and how fortunate that the war had ended before he could enlist. He joined the Navy shortly after the end of WWII, and left just before the start of the Korean War. My grandpa moved his family to Alaska in the 1960s; anything that brings him to mind, also brings Alaska to mind.

p. 19 “Alone, Alaska” (20 May 2008) — References Henry David Thoreau’s famous quote “I would rather sit on a pumpkin and have it all to myself, than be crowded on a velvet cushion.”

p. 21 “RACECAR” (27 February 2020) — for everyone’s favorite palindrome, Racecar. She was the longtime companion of Kerith & Kevin Hawkins. This is meant as a epitaph, but is also an experiment. Palindromes are a challenge to write. I hope it is enough to  convey what a good girl she was.

pp. 26-27 “Marianne Schlegelmilch” (10 October 2020) — for Marianne Schlegelmilch, author of Raven’s Light and other books. Marianne is one of the loveliest people I met during my time in Alaska. She had written a book and was doing a signing at Title Wave Books, the bookstore where I worked while I was living there. I purchased a copy of her book, but when I posted a critical review online, I was met with resistance and frustration by those who  appreciated the subject matter. What I learned was that success is not always defined in the same way for everyone. What I had critiqued  for its structure, others had seen as a work that gave them a voice    and spoke to their experiences with PTSD. I think about that  whenever I write now. I hope someday I write something as      important to people as Marianne Schlegelmilch had written.

pp. 28-29 “Spider Flu” (2 & 17 April 2008) — Originally two separate poems, these chronicle my first few weeks working at Title Wave Books. I had the flu, I developed pneumonia, but I was determined to stick it out and complete my training.

pp. 32-33 “A Bag of Ghosts” (26 February 2020) — a cento for Skylar. This cento was assembled from some favorite poets & poems. “A bag of ghosts”: this is how Skylar described herself on occasion when we worked together. (Citations on p. 33)

pp. 42-43 “Muskox vs. Unicorn” (13 June 2008) — This poem  defines my time in Alaska. I wrote it at a lodge near Kennicott Glacier after hiking. I was feeling a bit optimistic. Lines 2-4 refer to Yggdrassill, a tree from Norse mythology. Lines 5-9 refer to the poem “Windsor Forest” by Alexander Pope. Lines 10-12 refer to the poem “In Praise of Limestone by W. H. Auden. Lines 13-17 refer to    various descriptions by Greek historians of unicorns. The descriptions     vary, and they most likely were describing rhinoceroses or some other existing animal. Lines 18-21 refer to descriptions of Heaven in the Quran. Lines 22-24 refer to the Al-Mi’raj from Marvels of Things Created and Miraculous Aspects of Things Existing by Zakariya Ibn Muhammad Al-Qazwini. Lines 25-27 refer to the Qilin, a dragon-like creature from Chinese mythology. Lines 28-31 refer to two works by Washington Irving: A Tour on the Prairies & “The Legend of Sleepy Hollow.”

p. 58 “The Short Reign of a Queen” (11 July 2008) — for Heather & Norma. Heather had adopted a cat, Norma, just to give her a nice home for the end of her life. It’s one of the most beautiful acts of kindness I’ve witnessed.

p. 60 “Tobias, a First Impression” (10 June 2008) — This was written when I had just started working with Tobias; I didn’t always appreciate his style of managing others.

p. 68 “Frosty Fingers” (28 April 2013) — Following an overnight hoarfrost, little finger-like structures had formed in the yard. I noticed them because they seemed unusual.

pp. 70-72 “Reaching for Stars” (99 June 2020) — an Alaskan cento for Angela. This cento is composed of lines from various Alaska state poets laureate and a few other Alaska poets. (citations on p. 72)

“Fragments Found in Anchorage, Alaska” (26 October 2020) — This poem is made up of thoughts on my time in Anchorage, so it leans toward being very personal. Some of the parts are from a running list I keep of thoughts on people that I might expand into a larger piece. More selections are included in “The Language of a People” (pp. 100-105).

p. 74 “Near the Mural of Dorothy Page” —  On Fur Rondy 2011, the festival that kicks of the Iditarod Trail Sled Dog Race. Dorothy Page: known as “the Mother of the Iditarod,” she conceived the race  as part of the 1964 100th anniversary of Alaska’s purchase from Russia by the United States. The first official race was held in 1967.

p. 75 “A Frozen Waterfall with Jackie Harlow” — On the waterfalls along Seward Highway.

p. 77 “Bollywood” — André introduced me to Bollywood  movies, and I spent a lot of my time in Alaska  watching some great movies. Bachchan & Kapoor: two of the biggest dynastic families in Hindi cinema. Shah Rukh Khan: one of Bollywood’s most famous  and popular actors.

p. 77 “Of Words Spoken by Peg Phillips” — Written 13 June 2008. Peg Phillips is the actor who portrayed Ruth-Ann Miller in the 1990s TV show Northern Exposure. In one episode, Ruth-Ann is talking about her sons and how the one who had been overly encouraged eventually gave up music. The character regrets ruining his career because he could have been great, but he never had to fight for it. “An artist needs obstacles. He needs to contend; to find out what he’s made out of. Matthew didn’t have to fight for his art. Eventually, he forgot the horn, went to business school, and you know the rest.” I think about that all the time.

pp. 86-89 “Cold” (2 April 2007) — On adjusting to my move to Alaska. It was a chaotic year filled with changes and questionable decisions, but I’m glad I went through it. Refers to the two friends who made the move to Alaska with me, neither of whom lasted a full year.

pp. 90-91 “Tourists” (18 April 2008) — I went on a journey with tourists during my time in Alaska. Of course, I had been one in 2005, but as I settled in I grew impatient with them and their never-ending and clichéd assumptions about Alaska. By the time I moved away, I’d mellowed out about the whole thing. This was written at the height of my disdain.

p. 94 “Sleeping in the Snow” (23 September 2000) — I wrote this in college. At the time, it was a literal poem about someone who died in the snow. I think it can still be interpreted that way, but it really reflects how a part of me died while I was living in Alaska. To be clear, it’s a part of me that needed to die.

pp. 96-97 “Thank You For Your Service” (16 October 2020) — for Dad. Written about my dad as a veteran of the Vietnam War. Those who served weren’t greeted as heroes on their return, in spite of the fact that they had been drafted. It’s an injustice we’ve failed to adequately rectify.

“The Language of a People” (23 October 2020) — I keep a running list of thoughts on people that could turn into poems. These are a few I had in my list on or about the date listed. I’m not meticulous about dating these. I chose this group because each of them is a memory of my time in Alaska and in some cases they reveal something about myself. Others were included in the poem “Fragments Found in Anchorage, Alaska” (pp. 74-77).

p.100 “The Future, or Christopher Jenkins”

p.105 “Colby Wedman in Flight” — Icarus: subject of the ill-fated Greek legend in which Icarus is given a pair of wax wings by his father Daedalus. Cornelius: alias used by Colby during his life. Hyacinth: hero in Greek mythology & lover of Apollo.

pp. 107-109 “The Road Home” (20 October 2020) — Written from a prompt by Max Asbeek Brusse about the process of leaving Alaska. I was reluctant to move, so everything felt off about it. I’m still not sure it was the right choice, and it’s been seven years.