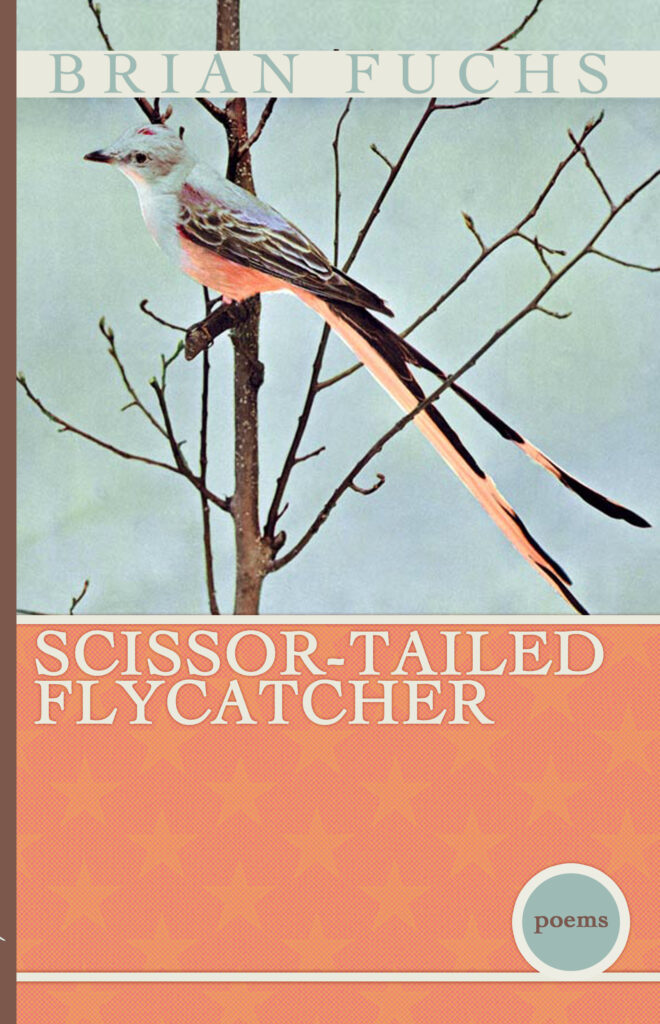 pp. 4-11 “Stillwater, Oklahoma” (19 February 2020) — This is written as a sort of skewed homage to my hometown. I wanted to write something about Stillwater, but it would be too easy to just say lovely things about it. It isn’t all lovely; no place is. I also think it’s okay to see the flaws in something you love, maybe important to do so. I do genuinely love Stillwater, but if it was half as nice as I thought it was a child, everyone would move here. The concept for this poem was to make it short, but it grew over time into the eleven part monster it is today. Quotes: All are Washington Irving quotes from A Tour on the Prairies, Chapter XIX Hunters’ Anticipations.—The Rugged Ford.—A Wild Horse. In this chapter, Irving describes the area around Stillwater. Winyan Nupa: A malevolent monster in Sioux legends, also known as Two-Face in other Plains tribes. Ai: Poet who spent the last couple of decades of her life in Stillwater.

p. 14 “Echoes of Deer” (16 February 2020) — I may never finish saying things about the wooded area at the end of the street where I grew up. I always had this sense when we played down there.

pp. 16-17 “Stardust” (5 December 2019 / 27 January 2020) — I was thinking about how everything that exists has always existed in some form, and how when things die their bodies break down and become new things.  I find the whole thing beautiful, as well as the formation of the universe.

pp. 19-21 “Scissor-tailed Flycatcher” (7 February 2020) — Scissor-tailed Flycatcher: Tyrannus forficatus. The state bird of Oklahoma and one of the signs of Spring’s arrival.  Recently their range has been shifting northward as temperatures have been increasing.  While I probably went too high-minded with this poem, I find that I am always thinking about the colonization of North America.  Maybe I harbor guilt, and maybe I should.  We often talk about the original sin of the United States being slavery.  Certainly that was one of our most egregious sins as a nation, one we have never resolved.  But it isn’t the original sin.  Many of those who came here from Europe were refugees, but many were not.  It isn’t the coming, but the anointing of ourselves as superior that was the biggest and most reprehensible part of the European invasion of this continent. We had told ourselves that God wanted us to be here and that the deaths of Native Americans proved as much.  I don’t know how to resolve that issue now.  It’s been 500 years of misjudgments and miscalculations, of atrocities and ignorance. It is impossible to paint everyone living in the United States with the same brush, but not confronting what happened is also not acceptable.  The world seems lost in its extremes at the moment, but the middle ground is probably a better place for us to be.  Those of us who were refugees, and certainly my family falls into that category, have no home country to which we would return. We were driven out of those places for one reason or another.  But we also have to recognize where we live.

pp. 22-23 “Watermelon Seed” (1 August 1998) — First stanza are lyrics from the song “Un enfant” (Jacques Brel, Gérard Jouannest — 1968). English translation: “A kid, / He is the last poet / of a stubborn world / To want to grow up / And that asks if the clouds have wings / And that worries about fallen snow / And that falls asleep, gold under the eyelids / And there is no doubt that there are no more fairies.”

p. 24 “little SUPERHEROES” (9 March 1998) — This poem is based on one of my favorite photos from childhood.  In the photo, my brother and I are wearing Superman and Spider-Man shirts respectively.  Each of us had a matching cape, and it seems like that was all we needed to see ourselves as the characters. Horned-toads: Texas horned lizard (horned toad, horned frog, and other names; Phrynosoma cornutum) is a reptile that was once very common in Oklahoma. Even in 1998, when I wrote this poem, they were found throughout the state.  They have since gone through a population crash and have been listed in Texas and Oklahoma as an endangered species.

pp. 28-29 “Legg-Calvé-Perthes Cocoon” (7 February 2020) — Legg-Calvé-Perthes disease: a childhood hip disorder initiated by a disruption of blood flow to the head of the femur. Due to the lack of blood flow, the bone dies and stops growing. I was diagnosed with Legg-Calvé-Perthes disease when I was six. I spent first grade in a wheel chair, my legs locked in place by a rigid cast.  Certain things about that time stick out in my mind, specifically how my legs seemed so foreign when the cast was removed, and I had to learn to walk again.  Russian: a reference to nesting Matryoshka dolls.

p. 33 “My Native Valley” (15 February 2020) — for Lacosha McCowen. I always wished I had been friends with Lacosha, but I was shy and awkward and could only manage one friend at a time in school. She always seemed boisterous and fun, qualities I’m drawn to because I lack them.

p. 34 “Cakewalk” (15 February 2020) — Cakewalk: A sort of carnival in which cakes are raffled off as prizes in a manner similar to musical chairs.  I tried to research this, but it seems like the origins are murky. There is a dance called a cakewalk that originated on black slave plantations in the Southern United States which would result in the winning couple receiving a cake as a prize. There are also descriptions from The United States, The United Kingdom, and France of a game being played in which cakes are raffled off to contestants who walk around a path in time to music, the person on the winning square when the music stops being given a cake.  It’s difficult to imagine that one didn’t influence the other, but I couldn’t really say which was first.  Mint: Spearmint (Mentha spicata). Known for vigorous growth and for being invasive.  I purchased a single rooted plant at a Cakewalk event as school, which my grandpa allowed me to plant in his beautiful flowerbed.  It did what mint does and took over a large section of the bed, still popping up to this day.

p. 36 “Skyline & McElroy” (15 February 2020) — for Christine Quinn & Rusty Boyer. The school crossing nearest my house was notorious for being dangerous. Westbound traffic comes up over a rise. Drivers cannot see ahead very clearly and pedestrians cannot see oncoming cars easily.  In spite of the school zone speed limit, I knew two people who were hit by cars crossing there.  Both were connected to my brother at the time.  Christine had come from our house where she had stopped to toilet paper my brother’s bedroom for some reason.  The other was my brother’s best friend.  They were walking across the street when a car approached.  My brother jumped back onto the sidewalk and Rusty jumped forward into the path of the car. Gayane: 1942 ballet by Aram Khachaturian featuring “Sabre Dance”, a well-known high energy piece of music.

p. 37 “15 May 1990” (15 February 2020) — A tornado went through my neighborhood on the evening of 15 May 1990. 52 homes were destroyed and several hundred were damaged. The roof of my elementary school was so damaged that we didn’t return for the last two weeks of school.  I spent that evening at my grandparents’ house with my mom and older brother.  We took shelter at their neighbor’s house and it sounded like everything was being ripped apart, with my grandma at one point saying “well, there goes the house.” The house was fine, and it turned out that the neighbor’s wind chimes had been responsible for our panic.  My dad and brother had gone to Tulsa that evening and were driving home with a canoe they had purchased, and were also in the path of the tornado.  I was ten, and I was devastated because I loved school so much. The last four lines are from the American folk song “Shenandoah.”

p. 39 “Oklahoma City” (15 December 1998) — These were my feelings about the Oklahoma City bombing three and a half years after the fact. I can’t say it’s gotten much better, and it’s been twenty-five years now.

p. 40  “Gold Bugs I” (4 February 2000) — for Geneva Fuchs. One year, my grandma gave each of us a gift of a cicada shell spray painted gold.  It was a joke, but I thought it was lovely. It became a running thing between us, as I also tried to find for her “gold bugs” in various forms.

p. 41 “Gold Bugs II” (3 January 2001) — for Geneva Fuchs. After my grandma died, I was given the gold cicada keychain I had purchased for her in France. I was really moved that it was on her daily keychain.

pp. 42-43 “Campsis radicans” — for Bradley. Campsis radicans: Trumpet vine. My brother now lives in the house where my grandparents lived, and where my mom and her siblings were raised. It’s sometimes hard to know what to do with those feelings, or even to know what those feelings are exactly. Ultimately, I hope his family has the same feeling for that house that we did, and I think it’s only right that he should put his mark on the place, even if it sometimes makes me feel uncomfortable.

pp. 47-49 “The Transformation of Gaia’s Daughters” (27 February 2020) — for Ann & LaDonna. Gaia: Greek goddess of the Earth. Aion: A Greek god associated with eternity and nonlinear time. Two-seater pumpkins: A reference to the Thoreau line “I would rather sit on a pumpkin and have it all to myself than be crowded on a velvet cushion.” My mom always said that was her favorite quote, but it was also always clear that an exception was made for her sister. Grimké sisters: Sarah & Angelina Grimké, abolitionists and women’s rights advocates.

pp. 58-59 “Dempsey, Oklahoma” (29 January 2000 / 23 February 2020) — Dempsey, Oklahoma: An unincorporated area in Roger Mills County, Oklahoma.  A lot of my family is from the area around there, and quite a few are buried in Dempsey Cemetery. The area would now be considered part of Sweetwater, Oklahoma.

pp. 70-71 “Armadillo” (1 April 2018) — I wrote this when I was spending nights helping my mom in her recovery after she had a collapsed lung in March.  She was looking forward to having surgery in June to help her get around better, but she never had that opportunity.  This poem makes me sad because those nights felt sad, but they felt hopeful.  My own hopefulness seems tragic now.  She passed suddenly on May 19 of an unrelated acute medical problem.

Photos from the personal collection of the author.

Get a copy of the book here.