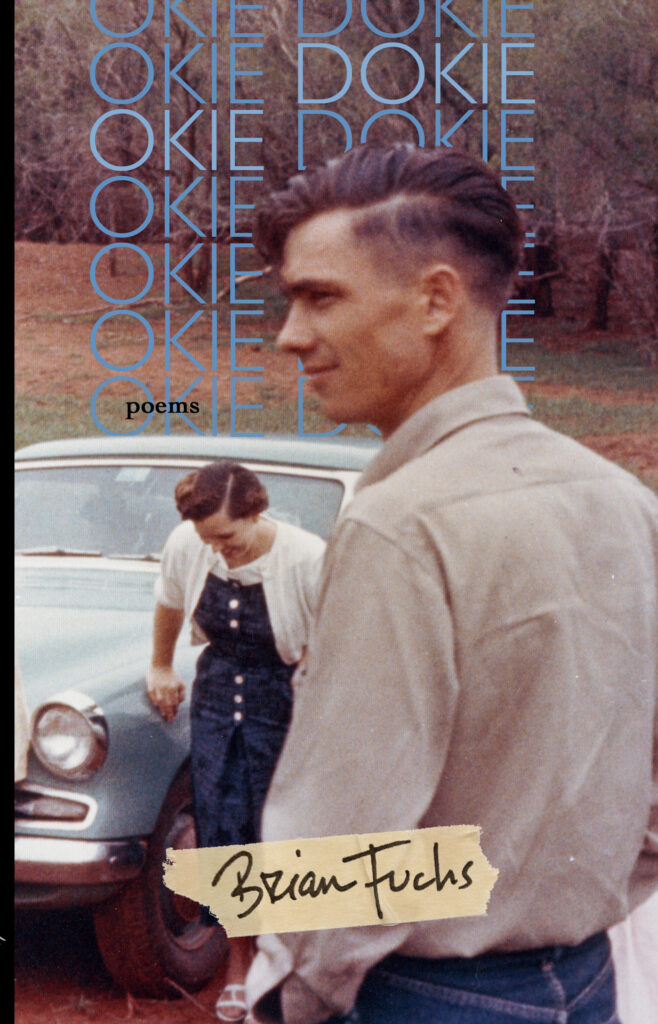 “Quentin Clingerman Has Died” (21 September 2019) — Quentin Clingerman, Que, is a man I knew through a community of poets online.  He was not a fan of my work!  He spent a lot of time demanding that I mark my work as “explicit” and trying to get me removed from the site when I refused (because writing about two men kissing is not explicit).  I learned from offending Que.  I learned that people are going to have negative reactions to what I write, but not because of the writing itself.  And I can’t spend time caring about that.  I wasted a lot of energy trying to argue with this man I didn’t know and it all ended with the site more or less requiring that I mark my work as explicit… just to appease him I believe.  He died in 2017.  When I heard about it I was really sad about it.  He was a thorn in my side but otherwise seemed like a genuinely nice guy.  I opened and closed this poem in a style consistent with that of Que.  It’s an accident that it feels like an instruction for the reader about the contents.  Actually, I just wanted to place this poem before the three that upset him the most. (pp.8-9)

“Hymn I: Mulberries”  (28 December 2000 / 22 July 2004 / 29 August 2018) — Originally two separate poems titled “Manhattan Cowboy” & “nine.”  “Manhattan Cowboy” was split into three poems, and “nine” was brought into the first.   I was attempting to merge nostalgia, sexuality, and faith.  I wanted it to be the way I conceived it, as dreamy thoughts when I was barely awake.  I later removed pop culture references and tried to make it more honest.  I also added more poems to create an arc.  Includes lyrics from the hymn “Amazing Grace”, John Newton, 1779. (pp.10-12)

“Hymn III: Birds & Vapor” (2 November 2001 / 30 May 2005 / 30 August 2018)— Originally titled “Manhattan Cowboy III.”  “Pensieve”: a magical object from the Harry Potter book series, used to store memories that can then be revisited or viewed by others.  When the trilogy was formed, I wanted this to express the end of a life, including the speaker dying, but it changed over time.  I now think of it more as that part of a dream when things start to slip away and become less cohesive, where things start to morph slightly, and when there is a longing to get back to the original.  But dreams don’t allow that.  Includes lyrics from the hymn “Softly and Tenderly”, Will L. Thomson, 1880. (pp.16-17)

“Cercis canadensis“ (19 April 2019 / 5 September 2019) — for Curtis Fuchs, my dad.  “Cercis canadensis“: Eastern Redbud, a common understory tree found throughout the Eastern United States, and the official state tree of Oklahoma.  They flower early, along their branches, in a bright fuchsia display.  A heavy storm can knock off the flowers, ending the display prematurely. (pp.18-19)

“Daniel Naranjo” (25 October 2011) — for Daniel.  Originally included the tagline “a platonic love poem.”  It is that, but that felt like an apology.  I don’t need to apologize for my feelings.  I think it’s hard to express feelings about really close friends, and I tried to do that here. (pp.25-26)

“A Boy from Albuquerque” (12 September 2019) — for Kami. “Olivetti”: An Italian typewriter brand.  “Alice in Chains” / “Caroline’s Spine”: alternative rock bands popular in the 1990s.  I was 19 and I thought Kami hung the moon, but we never actually met in person.  It was the most intense online relationship I’ve ever had because everything is intense at 19. (p.29)

“Jalapeño Mustard” (20 September 2019) — for Jerry.  I was moving into the first place where I lived alone.  Jerry and I would hang out in the empty place and listen to Bathhouse Betty by Bette Midler and drink lime Jarritos.  Every song from that album transports me back to that moment. (p.35)

“To a Lovely Man” (2 April 2008 / 7 September 2018) — I know who this is about and I am not saying, but it is not one of the typical subjects in my poetry. It has been pointed out that this poem does not belong here. That is correct. I suspect I put it here to hide it from the subject, hoping he would think it must be related to the very related poems flanking it and not realize it was about him. (p.38)

“Gleditsia triacanthos“ (18 September 2019) — “Gleditsia triacanthos“: Honey Locust, a common tree in the Ozarks and the areas around the Ozarks.  It’s known for its large thorns, which are often branched and make it look like the thorns have thorns.  While this wasn’t written for my friend Justin, he was instrumental in the formation of it.  I asked him what plant I should write about.  I didn’t take myself seriously, but did say locust and then babbled silly nonsense about turning it upside down and finding something underneath.  I rolled my eyes but then took the challenge.  It’s about another friend of mine who would prefer anonymity. (p.41)

“Daucus carota“ (17 September 2019) — for Angela.  “Daucus carota“: Wild carrot (or Queen Anne’s lace).  This is the wild parent of the domesticated carrot.  This is about working at Title Wave Books in Anchorage, Alaska.  It contains references to coworkers Scott, Melinda, Angela, and Angela’s friend Faydra.   (pp.47-50)

“The Ravens Became Crows” (22 August 2008 / 7 September 2019) — For Lisa.  Originally part of the poem “Holes: Four Memories Of Loss.”  This is pretty straightforward, but I took a little license with the sequence/speed of events. I loved working with Lisa and was so sad when she left us to return to Iowa. She was fairly difficult to keep up with and I have since discovered that she passed. I don’t know the circumstances. What a wonderful woman! I miss her. (p.51)

“Unpolished” (17 September 2019) — for Skylar.  When I met Skylar, I thought she was perfect.  She wasn’t ready to be open about everything, but I’m so honored to be her friend.  This has references to Anchorage, my grandma Josie Daugherty, and a vacation that I took to Red River, NM with my mom’s parents.   (pp.52-53)

“Okie Dokie” (17 September 2019) — This is largely for the people I most admired when I was in my early 20s.  There are direct references to Jennie Lloyd, Jeff Martin, Molly Martin, & Adam McBride-Smith, but more generally it includes everyone I looked up to at that time. (pp.54-56)

“Meeting Skylar & Wesleyan at the Grey Gardens Disco” (2 December 2012) — for Skylar & Wesleyan.  “Grey Gardens”: an estate in East Hampton, New York which was the home of Jacqueline Kennedy’s aunt Edith Bouvier Beale and her daughter “Little Edie” Bouvier Beale.  The house and the Beales were the subjects of the 1975 documentary film Grey Gardens, which highlighted the squalor they lived in and the reclusiveness of their lives.  When I wrote this, I was feeling particularly unhappy with what often feels like an inability to join in when others are having a good time.  I find myself always on the periphery, watching my friends, but disconnected.  I fight that, but I was feeling it pretty strongly at this point in my life. This poem is a variation of an acrostic. The first letter of each stanza spells out STAUNCH which is a dual reference. First, it refers to a quote from “Grey Gardens.” Little Edie spells out the word dramatically during one part of the documentary. “But you see, in dealing with me the relatives didn’t know that they were dealing with a staunch character. And I tell you if there’s anything worse than a staunch woman— S.T.A.U.N.C.H. — there’s nothing worse. I’m telling you. They don’t weaken, no matter what. But they didn’t know that. How were they to know?” It also refers to a song that Wes & I loved, “D.I.S.C.O.” by The Young Professionals which refers to writing the letters on a piece of paper. Around the time I wrote this, Wes had written a poem for me, an acrostic that spelled out DISCO. (pp.57-59)

“Novels” (1 December 2012 / 22 April 2013) — for Wesleyan Foraker, Skylar Arend, & Chris Bailey.  This was written as NANOWRIMO 2012 was ending and everyone was celebrating their success.  I was feeling really off at the time and I had trouble celebrating with them, which still bothers me. (p.65)

“Before Kennicott” (13 June 2008 / 1 October 2018) — “Kennicott”: a glacier located in Wrangell-St. Elias National Park in Eastern Alaska.  The ghost town of Kennecott and its abandoned mines are nearby and are a tourist attraction. (pp.66-67)

“Quercus shumardii“ (7 June 2014) — for Billy Tucker, my grandpa (Papa), 1928-2014.  Originally titled “The Tree,” and later “Humus” and then “The Oak Tree,” I eventually settled on a title that made the most sense to me.  “Quercus shumardii“: Shumard’s Oak, a tall oak species found throughout the Eastern United States.  “Ultisols, entisols, crider and port silt loam”: soil terms.  My grandpa was a soil scientist. (pp.74-76)

“Mambo Italiano”  (22 August 2008 / 8 September 2019) for JoBeth Johnston, 1945-2005.  Originally part of the poem “Holes: Four Memories Of Loss.”  JoBeth was a friend & coworker of mine who died in 2005, almost exactly one year after John.  She was 60.  JoBeth had been the opposite of John, a constant ray of sunshine.  She just felt like everyone’s Italian aunt.  I think about her all the time; she really was a fantastic woman.  Includes several inside references to JoBeth.  “Spider-man’s ambassador”: JoBeth’s brother worked for Marvel, making appearances as Spider-man at events around the country.  He was the first person hired for the job.  And given the family’s penchant for tall tales, it might be fictional. (pp.79-80)

“Dale” (25 July 2015) — for Dale Combs, 1937-2015.  I knew Dale was dying, and I was feeling very pensive on that final day.  I went outside to get away from people and just think.  The Combs family was family to my mom, and I was named for Dale.  It was a rocky relationship, and for a while, my mom wanted to change my middle name to remove his.  But I’m honored to carry his name, even if things weren’t always perfect.  I do think he always meant well. (pp.81-85)

“They Own Me” (2 April 2008) — I know other writers have expressed similar experiences with writing.  For me, it is often transcendent, and the words sort of pour out of my head into my fingertips.  I don’t really think about them much before they make their way into existence.  It’s not a logical or thoughtful process and is why a lot of my poetry sounds like an unfinished thought.  The editing process is much more technical and analytical, involving deleting large swaths of things that made their way out and should have stayed in.  I’ve written about that many times; this is just one example. (p.110)

All photos are from my personal collection.

Get a copy of the book here.